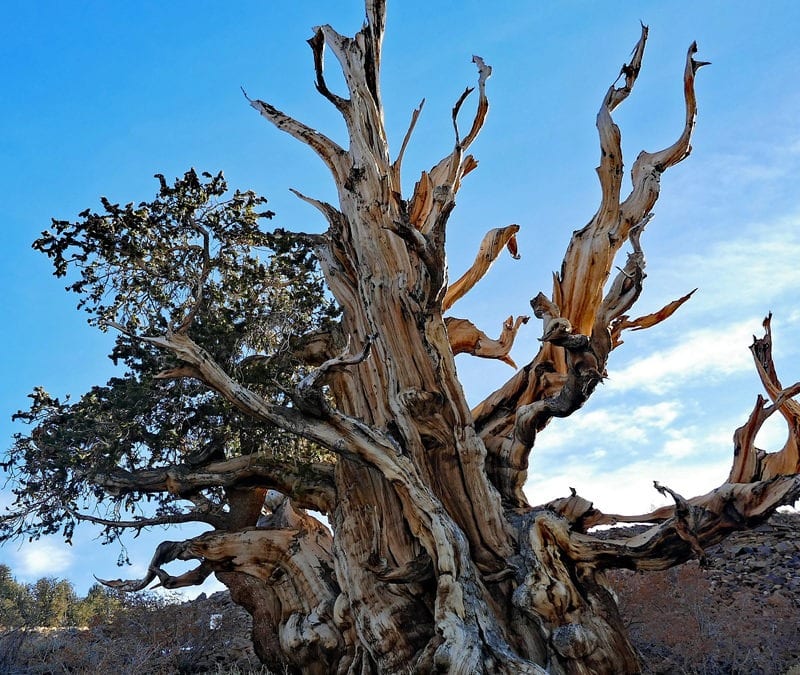 Trees are truly magnificent lifeforms. They provide us with oxygen, fuel, building material, shade, and beauty. Trees have helped transform our world and are directly responsible for the rise of civilization. But if left alone, these ancient beings can truly redefine what it means to be old. Most of us have seen trees that are a couple of hundred years old. It’s romantic to imagine all the historic events that old trees have lived through. The world wars, the founding of America, Columbus’ voyage… But we aren’t talking about baby trees in this article. We are examining truly ancient giants that have lived through the biggest events in all of human history. 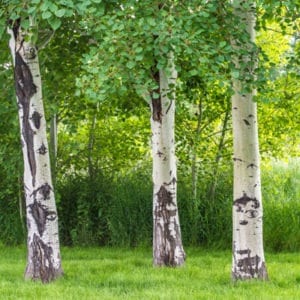 There are two types of trees on this list. Individual trees and clonal trees. Clonal trees have underground root systems that can live for long periods of time and may propagate numerous trees or even forests that are all connected by one root system. For now, we will count down the oldest individual trees.

Back before the founding of the Roman Empire and before the construction of the Great Wall of China there was a small sequoia growing in the virgin forests of California. There it grew undisturbed for over 2,000 years until it was discovered on August 7, 1879 by a cowboy named James Wolverton who named it after the general he served in the Civil War, General William Tecumseh Sherman. This monumental tree is 274 feet tall, 27 feet wide and is currently the largest tree in the world by volume. The General Sherman is estimated to be between 2,300 – 2,700 years old, an incredible age for a tree but not nearly as old as the other trees on this list.

Believed to be between 4,000 and 5,000 years old, the Sarv-e Abarkuh is a tree that is very well looked after, residing in Abarkuh, Iran. The tree is protected by the Cultural Heritage Organization of Iran. According to legend it was either planted by Zoroaster, an Iranian prophet or Japheth, the son of Noah.

How much older can trees get? Well, If you travel to Inyo National Forest in California you’ll find many trees here that are hundreds, even thousands of years older than the General Sherman. T 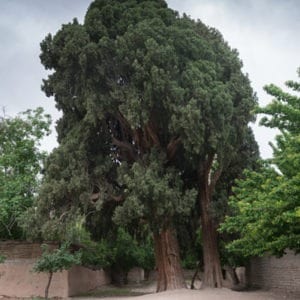 he most famous of those trees is Methuselah, a Great Basin bristlecone pine at the tender age of 4,850 years. That means that this tree was germinating around 2832 BCE, that’s 250 years before the first stone of the Great Pyramid was slid into place! The location of this ancient tree is kept secret by the United States Forest Service to ensure it’s protection, and for good reason. In the 1960s a scientist accidentally cut down a tree that was older than Methuselah, whoopsie!

While Methuselah can have the bragging rights for being the oldest individual tree in the world, there are other types of trees that grow a little different. Clonal trees may look young on the surface, but under the ground, they are part of an ancient root system that can spawn multiple trees or even forests of trees. It is these plants that can boast about being the oldest living things on the planet. How old is old? Buckle up.

Discovered on Fulufjallet Mountain in Sweden in 2004, this 16-foot tall Norweigan Spruce might not seem all that impressive with its sparse branches and twisted trunk. If I told you this scrawny tree was older than the General Sherman, would you believe me? Would you believe me if I said it was twice the age of Methuselah? Back when Old Tjikko was sprouting the world was a different place. The harsh cold and barren landscape caused the tree to be stunted, much like a bonsai tree. So how old is this tree? Old Tjikko is estimated at being 9,560 years old. We are talking about a tree that is older than the written word. Back in 7550 B.C when this little spruce was just taking root, the glaciers of the last ice age were still receding and Wooly Mammoths were on the decline. And yet… It is number 2 on the list.

We’ve finally arrived at number 1 on our list. There are old trees like Methuselah and Old Tjikko and then there’s Pando. Pando is a clonal colony of quaking aspens located in south-central Utah. it covers 106 acres and all the trees are connected by one massive ancient root system that is an estimated, mind-boggling 80,000 years old! With an age like that, Pando is one of the oldest living organisms on Earth. 80,000 years! Let’s put that into some perspective. That means Pando is older than:

We have to go way back to the Middle Paleolithic era when Pando was sprouting out of the ground. Humans were just reaching Europe. Neanderthals and Wooly Mammoths were still roaming the planet. This is definitely a forest worth visiting and gives a whole new reason to respect trees.

At Gro Lawn we love and respect trees. That’s why we offer comprehensive tree and shrub care programs to protect these important investments so that you, your children, your grandchildren, and hopefully many generations after can enjoy them. 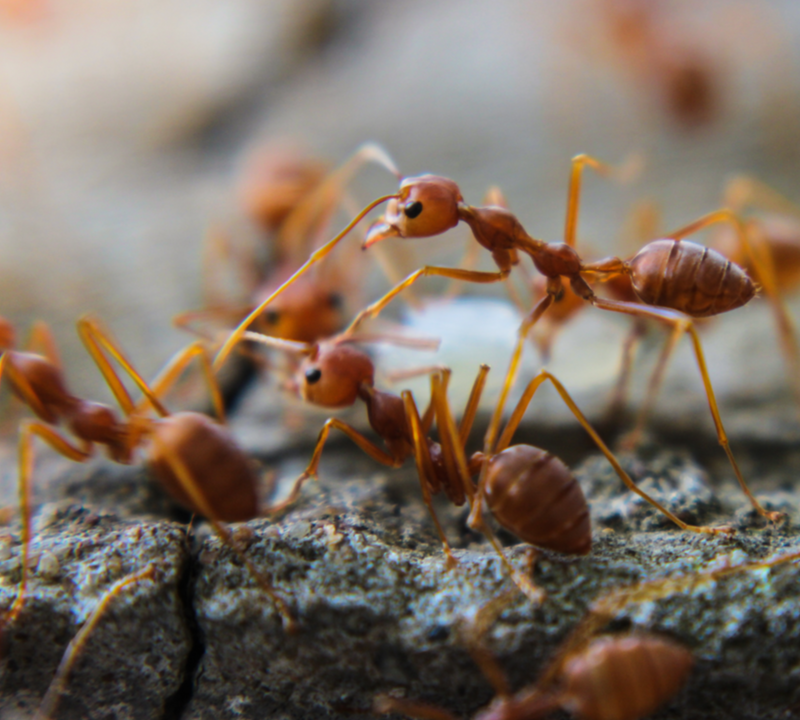 Fire Ants: Everything You Need To Know 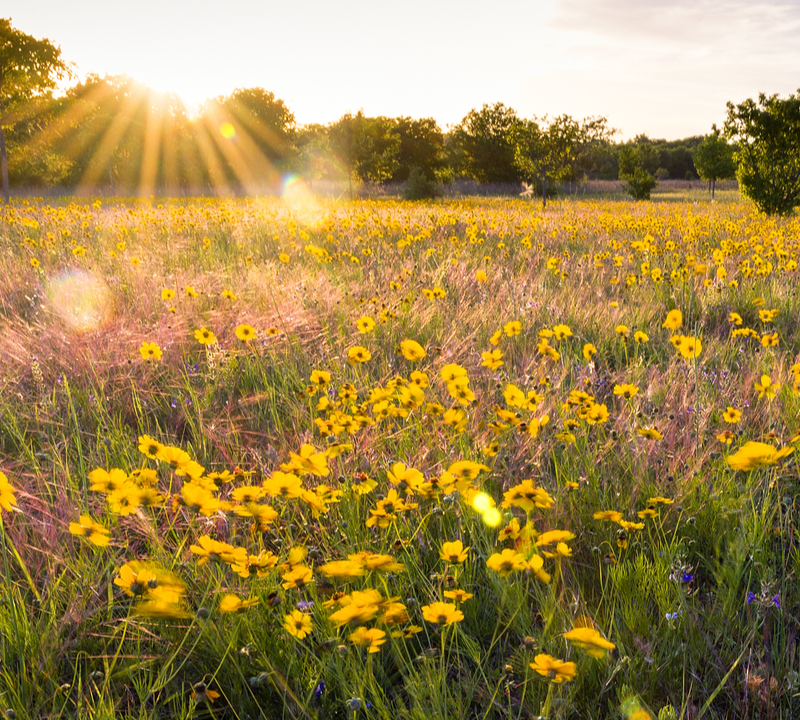 Most Dangerous Insects in Texas 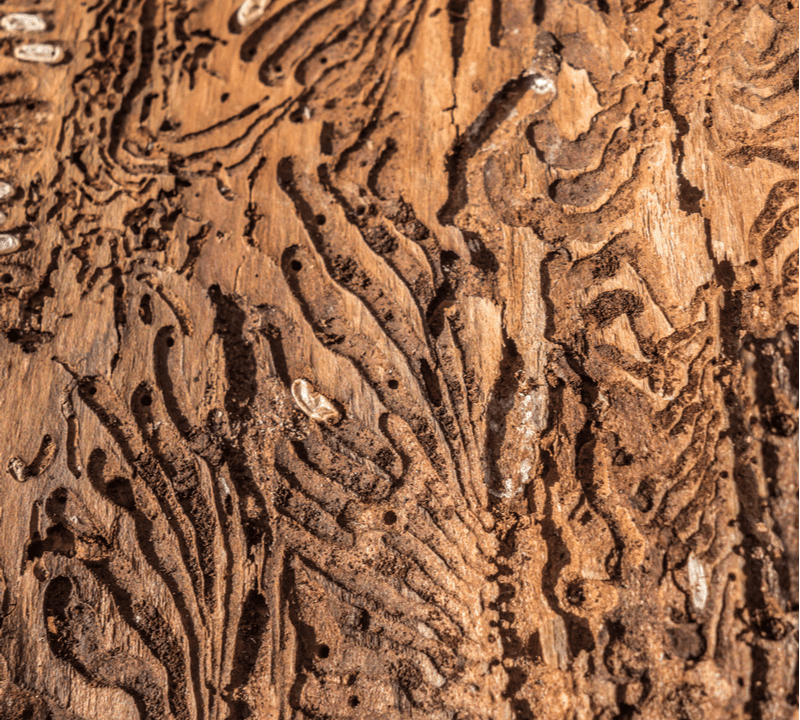